When I started thinking about the theme of dreams, my own dreams, the things I’ve wanted and hoped for, over the years, were what came to my mind first. Perhaps because this year one of my dreams came true. We all have dreams - big ones, small ones. I dreamed for years of visiting Italy, the country my family comes from, until I was able to go several years ago (and now I dream of going back!). One of my most cherished dreams, since I was twelve years old, was to become a published author. This year, that dream came true with the publication of my first book, The Prince’s Consort, and now The Artist’s Masquerade, out on December 21st, from Dreamspinner Press. I’m still giddy about it, and I think I will be for a long time, but what I learned along the way in pursuing this dream is that wishing and hoping aren’t enough to make dreams come true (even though I admit I did a lot of wishing along the way). Making your dreams come true can take a lot of hard work and perseverance and often conquering fear. The fear - to take risks, to really try even though it might mean failure - can be the worst part and the most difficult to get through. It was for me. It was almost paralyzing at times. But I realized it was necessary to push through, to take that chance, if I was every going to have a shot at what I wanted.

My characters have dreams too, and they face the same struggles to achieve their dreams as we do. In The Artist’s Masquerade, Flavian dreams of a new life as an artist in a place where he is free to be himself without fear, a new life far from the restrictions and dangers of his old one. Cathal, meanwhile, has forgotten how to dream. For so long he’s forced himself not to want or dream of something else outside the future his father has planned for him as the duke’s heir, to focus only on his duty and the path before him. Cathal has to learn how to dream again, to figure out what his dreams are, so he can begin to fight for those dreams. And of course they both have to realize they dream of each other. 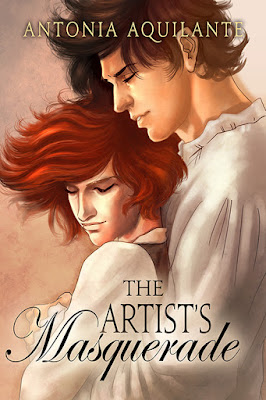 As the first-born son of the Duke of Tournai and cousin to the prince, Cathal has always tried to fulfill his duty to family and country, including following through with an arranged marriage to Velia, cousin to the emperor of Ardunn. But it’s Velia’s companion, Flavia, who fascinates Cathal. Cathal doesn’t know that Flavia is really Flavian, a man masquerading as a woman to escape Ardunn, a restrictive place in which Flavian’s preference for men is forbidden.

Even when Cathal discovers Flavian’s true gender, he cannot fight his attraction to him. Flavian is intrigued by Cathal, but Cathal is still betrothed to Velia, and Flavian worries Cathal is more taken with his feminine illusion than the man beneath it. While both men battle their longings for each other, spies from Ardunn infiltrate the capital, attempting to uncover Tournai’s weaknesses. They are also searching for Flavian, who possesses a magical Talent that allows him to see the truth of a person just by painting their portrait—a skill invaluable to Ardunn’s emperor. 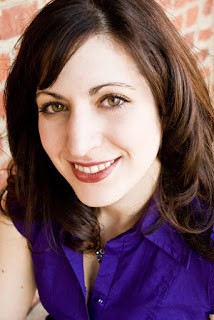 Antonia Aquilante has been making up stories for as long as she can remember, and at the age of twelve, decided she would be a writer when she grew up. After many years and a few career detours, she has returned to that original plan. Her stories have changed over the years, but one thing has remained consistent - they all end in happily ever after.

She has a fondness for travel (and a long list of places she wants to visit and revisit), taking photos, family history, fabulous shoes, baking treats which she shares with friends and family, and of course reading. She usually has at least two books started at once and never goes anywhere without her Kindle. Though she is a convert to ebooks, she still loves paper books the best, and there are a couple thousand of them residing in her home with her.

Born and raised in New Jersey, she is living there again after years in Washington, DC, and North Carolina for school and work. She enjoys being back in the Garden State but admits to being tempted every so often to run away from home and live in Italy.