Ok, so technically, this is Thursday Things with Shawny, but Fashion Santa's going to make an appearance ASAP!

My dear hubby brought Fashion Santa to my attention, because apparently Toronto (my adopted hometown) isn't happy with just a jolly fat man in a red suit. No. Apparently, instead, we also need a Burberry clad bearded stud who looks like The Most Interesting Man in the World's holiday cousin.

Because of course we do.

This is getting ridiculous folks. Honestly. Fashion Santa? 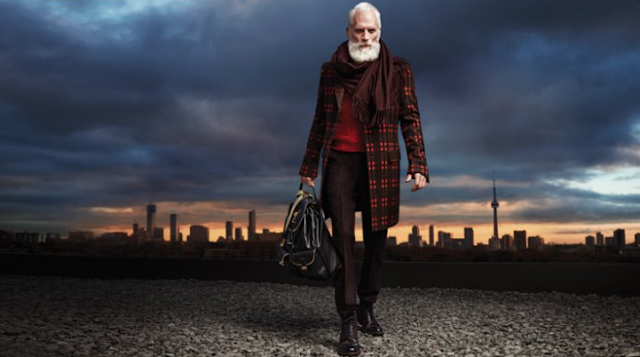 No complaints here. Not a one. Except maybe that it's a long way from my house to Yorkdale Mall where Fashion Santa resides. Gas is expensive ya'll.

Despite his appearance on our blog, I am in no way comment on Fashion Santa's sexuality. Gay? Straight? It's not important. In fact, for all our sakes I think we have to hope he is the most sexually fluid Santa out there. That's the only way we'll all sleep well at night.

There's more Fashion Santa here. Totally SFW, but I won't be held responsible when your screen starts smoking.
Posted by Shawny at 10:00 am