Today we welcome our revered founder, Heidi Cullinan back to the blog as she tours her latest release, Lonely Hearts (Book #3 of the Love Lessons series).  Don't miss the giveaway and make sure you come back on Friday for our Free-For-All!

Fever Pitch was never meant to be a sequel to Love Lessons, and I had no plans initially for a lengthy series, but then I met Elijah. In Fever Pitch I only ever wanted Elijah to be the cranky roommate, sort of an antithesis to Walter and Kelly’s roommate romance. I figured out quickly he was gay, but he wasn’t just cranky, he was brutal, and I didn’t understand why. As soon as I learned the depth of his backstory, I knew he’d have a story.

Baz was much the same. His role in Fever Pitch was to be the wrong choice, Aaron reaching too easily for comfort. He too grabbed my attention, especially those sunglasses. Why did he wear them all the time? He honestly gave me goosebumps, because his disabilities and internal injuries lined themselves up before I got to research them properly. And of course the more I wrote him, the more I realized he was hiding some seriously soft insides.

Both Elijah and Baz walked onto the page of Fever Pitch and sparkled all on their own. I didn’t know they shared a past until Baz jumped in front of Elijah in the parking lot, but all they had to do was look at one another, and I knew they’d live happily ever after, together.

I loved writing Lonely Hearts because Baz and Elijah weren’t simply wounded heroes. They’d both suffered serious trauma in their past, they were survivors and by and large they had their heads on straight about the rough hands life had dealt them. What it was clear they didn’t know, however, was how to be intimate with other people. Their life experiences allowed them to feel very deeply, made them rich and strong, but they couldn’t figure out how to share that with anyone else.

More than any characters I’ve ever written, I feel like Baz and Elijah could only be happily ever after with each other. You’ll have to let me know if you agree.

Ed Maurer and Laurie Parker guest star in Lonely Hearts, and their appearance is more than a brief cameo. I've been wanting to loop my Twin Cities-set stories together, and weaving them into Lonely Hearts was the perfect moment. You'll see them in subsequent books as well.

Dance With Me is being re-edited and re-released in September, and later this fall you should expect a novella featuring Laurie and Ed as well. Duon might still get his book, but he's being polite about it, as he's seen the long, long line of things I need to be writing. 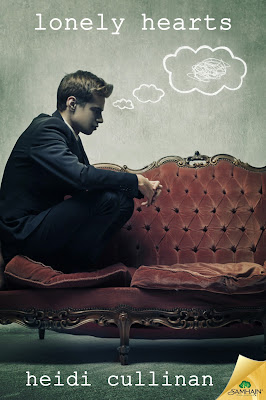 
Even hot messes need a happily ever after.

Lonely Hearts is available from:

Samhain • All Romance Ebooks • Amazon US 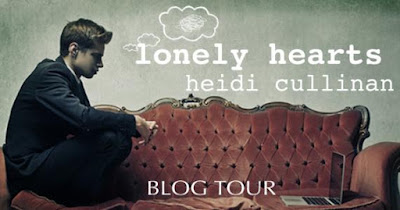