Red-haired men. I love them, but I know that out in the world, there are a great many biases against them.

When I started writing my first original fiction story, my protagonist of course needed to be both a redhead and left-handed. These are qualities that I wish I had, and sadly don't. As I began writing Surprised at Nothing, I did a lot of research into Ireland, a country I've long wanted to visit.

Reggie, the protagonist, is English, but he soon finds himself under the sway of Ian 'Kelp' McGhinty, an Unfortunate, which means that he's of magus parentage but cannot do any magic himself. Both Reggie and myself found ourselves falling for Kelp, this charismatic young man with unruly hair and secrets that aren't actually all that secretive- but with ancestry of both merfolk and selkie, it's hardly a surprise that Reggie finds himself inexorably drawn to Kelp.

I hope that you'll give my novella a try, and please let me know what you think! 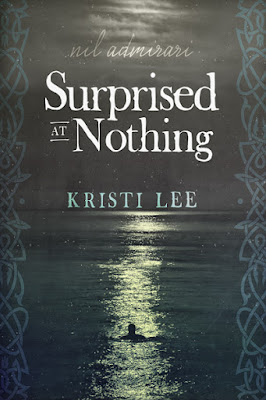 Even in a Magus world, things are not always as they seem. However, what could possibly go wrong when archeologist Reggie Orrick, the red-haired son of a red-haired Magus, halts his Eastern European dig and travels to Ireland to research his latest find of what's probably just a fossilized rock?

With Reggie’s luck? Everything.

Once in Ireland, Reggie crosses paths with Ian “Kelp” McGinty, an Unfortunate of Magus and Fae ancestry, who’s more than happy to appoint himself Reggie’s guide and confidant. Kelp’s irrepressible personality and compelling “something” draws Reggie to him, and Reggie’s about convinced himself to extend his stay to get to know the Unfortunate better. But one near-tragic car accident later, and Kelp disappears… with Reggie’s rock.

Reggie’s left to wonder if he’s made a huge mistake in trusting Kelp, for the “rock” might just be an Irish Snakesbane—an egg from an extinct line of dragons!

Surprised at Nothing is available from Dreamspinner Press. 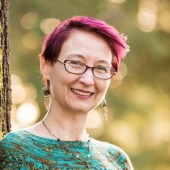 Kristi Lee was a prolific fanfiction slash writer for 10 years before turning her hand to original fiction. She’s had a lifelong obsession with all things Celtic, purple, redheads, and men in kilts. She lives in Portland, Oregon, where — to her delight — she gets to see plenty of the last in her obsession list.

Connect with Kristi on her blog, Nil Admirari.