Dreams. We all have them. Some we can remember, some we wish we couldn't remember, and some are just wisps of thoughts upon waking that immediately disappear.

When I was a teenager, I had a recurring dream (actually several) but this one centered around driving. I always ended up in the middle of a field and had to get behind the wheel of the car and drive out. In the dream I didn't know how to drive (this was before I got my license), was under the mistaken impression that cars wouldn't actually RUN on grass, and felt completely terrified. I'm sure this is why it took me almost five months after my sixteenth birthday to finally take the driver's test and get my license. Once I had it, the dream stopped. Go figure.

The second recurring dream took place in a house. It had an older look to it, think Dorothy's house in Wizard of Oz only two stories, actually three. The family I lived with in the dream wasn't my REAL family, or at least not my family in the real world, but I knew the woman was my mom, just not…if that makes sense. I had brothers and sisters, not sure how many and not sure where I belonged in the lineup. Not the baby but not the oldest either, so someplace in the middle. In real life, I’m an only child.

Anyway, at some point in the dream my 'mom' asks me to go up to the attic to get something for her. I dread this because I hate the attic. Like I'm completely petrified of it and filled with this horrible feeling of dread. I 'argue' with her about why she either doesn't need what she says she does or why I have to be the one to go get it when she knows how much I hate the attic. In the end though, I find myself walking up those stairs. My heart pounds harder and faster the closer to the attic door I get. My hand shakes when I reach for the knob. I open the door….and I wake. EVERY SINGLE TIME.

At one point a family friend hypothesized that the dream was actually a memory of a past life and that whatever happened to me in the attic? Probably wasn't good and he speculated that I might have died upon opening that door. Who knows. It's been years since I had that dream, I'm not even sure when the last time I had it was, but the whole past life memory has ALWAYS intrigued me.

So those are my two dreams, I wish they were less 'haunting' but sadly, most of the really good dreams? I barely remember past being able to tell my husband upon waking. I do love that feeling though, you know the one, when you wake up knowing you had a really good dream and you just feel happy and warm all over? Yeah, that one.

So how about you? Any recurring dreams you've had? Scary? Good? Sexy? (I wish I had more sexy dreams LOL) Tell me all about them and feel free to leave your speculations about recurring dreams – I WANNA KNOW!

And before you go, check out the info below on my novella, Fixing The Hole and find out what happens when a tree lands in Steve's dream house!

Thanks for chatting with me today, 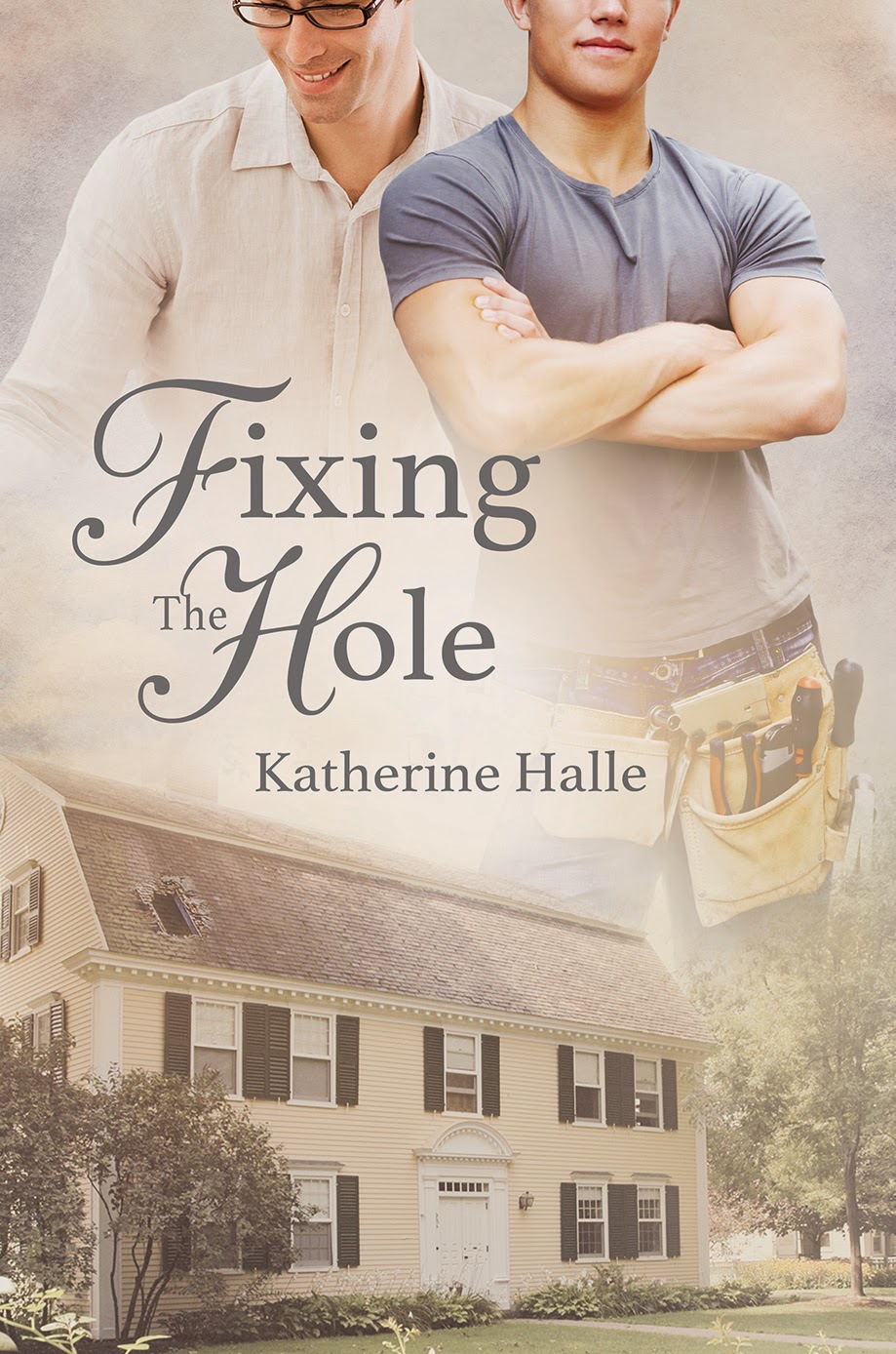 Heavy rains and strong winds slammed an uprooted tree through Steve Crowell’s roof, leaving a gaping hole to match the one in his heart.

After his ex left him for a younger man, Steve’s not sure he’s ready to handle another disaster. His best friend highly recommended the contractor, but the man’s already late, and when he shows up with his music thumping, Steve isn’t impressed—until Riley steps out of his pickup truck.

Personable, gorgeous Riley talks a mile a minute, which Steve finds both ridiculously endearing and terrifying. Piecing together a heart isn’t as easy as fixing a roof, but Riley might just be the right man for the job.

I was just about to look at my watch again when I heard a pickup truck come rattling up the driveway, loud pop music blaring from the open window.

Silence reigned when the engine cut off. I watched as a wiry young man opened the door and stepped out. I looked him over and took in the muscular legs shaped by a tight pair of jeans. My gaze roved over muscles barely contained by a fitted, army green Henley, finally landing on bright green eyes set in a young face under a military-style buzz cut of brown hair.

"Hi." The young man strode forward, his hand outstretched. "I'm Riley Jones and you must be Steven Crowell. Sorry for being late. My dad tried to convince me to make him eggs and bacon instead of the oatmeal he should be eating for his heart, and he wouldn't let up until I promised to make him a big breakfast this weekend."

Confused by this outpouring of information, I found myself stupidly saying, "Breakfast?"

"Yeah, my mom died when I was in junior high, so it's been the two of us for so long that I just never moved out. I mean, I was gone during college, but then I came back, started my contracting business and it was just cheaper to live with him than get my own place. Then he had some heart trouble and if I don't make him eat right, he'll just eat burgers and fries or those god-awful frozen dinners all the time. And wow, sorry, I just keep talking, don't I? Why don't you show me what you need done, Mr. Crowell?"

Fixing the Hole is available now from:


Katherine Halle is known as the “Queen of Happy Endings.” She firmly believes that no matter what the obstacles, what the struggles, or how much angst is involved in the journey, that the ending should always be a happy one.

Katherine’s love of the written word started at a very early age with repeated demands of “read to me” to any who would listen. It was only natural that writing would follow. As a child, she could often be found daydreaming, thinking up fanciful stories and writing them down. Now she does it on a laptop. Much faster.

Katherine’s favorite animal is her dog. She likes books, movies, and quirky television shows, such as Buffy the Vampire Slayer and Hart of Dixie. She loves cooking and watching cooking shows. She has lived in both Europe and the United States and loved both. When she’s not writing or plotting, Katherine enjoys spending her time listening to music, reading books written by other people, and being with her family.

You can find Katherine here: