Hi, and welcome to the Player vs. Player blog tour! Today I’m going to be sharing another scene from PvP, which does, aside from the whodunit mystery and relevant social commentary, have a romantic sub-plot.


Mostly, though, I just like it because of the backstory about Niles’s name. One of my beta readers said Niles and Jordan’s parents should be horsewhipped for giving them those names. :D


An Excerpt from Player vs. Player: Niles encounters an old flame. 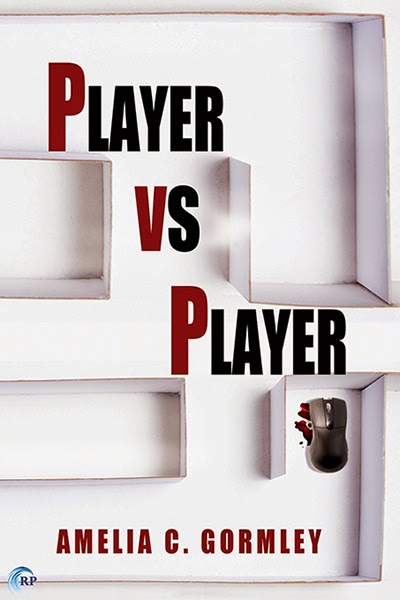 Pushing for change can be dangerous when change starts pushing back.

Video game writer Niles River loves the work he does at Third Wave Studios: creating games with mass appeal that feature women, people of color, and LGBTQ characters. To make his job even better, his best friend is his boss, and his twin brother works beside him. And they mostly agree that being on the forefront of social change is worth dealing with trollish vitriol—Niles is more worried about his clingy ex and their closeted intern’s crush on his brother than he is about internet harassment.
But now the bodies on the ground are no longer virtual, and someone’s started hand-delivering threats to Niles’s door. The vendetta against Third Wave has escalated, and to make matters worse, the investigating detective is an old flame who left Niles heartbroken for a life in the closet.
No change happens without pain, but can Niles justify continuing on with Third Wave when the cost is the blood of others? If he does, the last scene he writes may be his own death.

Every comment on this blog tour enters you in a drawing for a choice of one a book from my backlist (excluding Player vs Player.) Entries close at midnight, Eastern time, on December 13th. Contest is NOT restricted to U.S. entries.