As I’m a proudly flying the Dreamspinner Press flag, I’ve been asked to talk about my dreams. As much fun as it would be to tell you about my favorite dream of Sean Bean and me alone in the back of a limo, I think I’ll talk about a dream I actually made come true—my dream of travel.

Travel has always fascinated me. When I was a kid, I would pore over my parent’s copies of National Geographic, and my favorite movies involved journeys to far-off lands.

I was lucky to visit Mexico a few times as a child. Though those vacations were mostly to visit family, we still got to see the sights of Mexico City. I vividly remember standing in the ruins of an Aztec temple in the heart of the Zócalo and looking up at the National Palace, not quite grasping the layers of history I was experiencing, but feeling them nonetheless.

As I got older those international trips were replaced by road trips to Arizona and day trips to Disneyland. Fun as those were, I craved the experiences I’d had before, of exploring new places, trying new flavors, reaching back in time to feel history under my fingertips.

Sadly, it would be a while before I had that chance again. In the years that passed, I began to believe that travel just wasn’t for me. Travel was for those people with money to spend on nice resorts and tour groups, or for those wiry hippie-types who could live out of a fanny pack for a year. Travel certainly wasn’t for a plus-size, middle-class geek such as me, who couldn’t afford luxury but was uncertain about “roughing it.”
It all began to change about ten years ago. The urge to travel had been growing year by year, to the point where I was literally having dreams—anxiety dreams, even—about wanting to travel but not being able to. With the encouragement of my husband and my parents (and a bit of financial assistance) I took the plunge and joined a girlfriend on a trip to New York City. 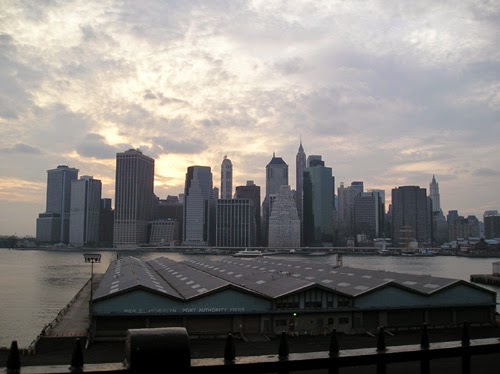 New York may not seem that far, but to someone who’d never traveled further east than Phoenix, it was like flying to a new country.  My friend and I stayed at a hostel, and though we had to drag our heavy bags up six flights of stairs, we had a private room to ourselves. It was definitely not the Hilton, but it wasn’t a fleapit either. It was affordable and just comfortable enough. Perfect.

I got off to a bit of a rocky start. My San Francisco sensibilities had made me pack jeans and a jacket even in the middle of the summer, not understanding that there was no 6 p.m. ocean fog to cool NYC down. I dragged that jacket around for a full day before ditching it. I’d packed the wrong shoes, and had to buy new ones. I was hot, sticky, and sweaty most of the time. I freaked out about how fat and frumpy I felt next to the svelte New York girls in their Sex and the City sundresses. I was mildly paranoid about someone seeing us with a map, and refused to use the subway for a full day for fear of getting lost.

However, I was in New. York. Flippin’. City. There was so much to see: Central Park, the Chelsea Hotel, The State of Liberty, Greenwich Village…the list went on and on. My confidence grew day by day as we explored the city and the outer boroughs. Every time we took the subway without getting lost, or touched a famous landmark, or made friends with a stranger over late-night sangria, my soul just lit up. I was out in the world, exploring, tasting…just being. I was a traveler.

It was just the beginning. In the years that followed, I traveled to various places in the US—Portland, Chicago, Baltimore, Washington D.C.—and abroad—Thailand and Cambodia—sometimes alone and sometimes with friends. Each time I travel I gain even more confidence in myself and my abilities, and every time I stand in the heart of a new city and look up, I am filled with that awe and pride that comes only from making your dream come true. 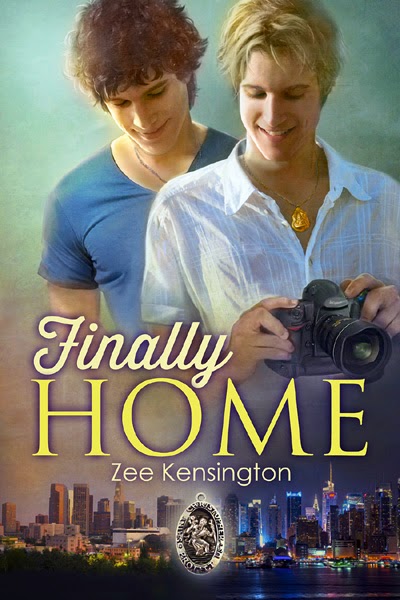 After one night in Bangkok turned into ten days trekking together, novice backpacker Marco and seasoned travel writer Chris parted ways thinking they’d never see each other again. Three months later, Marco still can’t forget the greatest adventure of his life—or the gorgeous guy he shared it with. Too afraid to come out to his family, Marco is suffocating in his suburban Southern California life, until Chris announces he’s coming to LA.

Chris has spent the past four years wandering alone, rebuilding himself from the ashes of a failed journalism career. He arrives in Los Angeles eager to eat, write, and resume the sexy, casual fun he had enjoyed with Marco. But when Chris finds his friend is a terrified closet-case at home, he’s determined to help Marco confront his fears.

Priorities change when Chris’s father suffers a stroke, and Chris rushes to New York City to face a harsh homecoming with the family he abandoned. When Marco defies his parents to be at Chris’s side, Chris begins to realize there may be more to their relationship than just work and play, and that Marco may be the one to show Chris what it means to finally be home.

Finally Home is available from Dreamspinner Press in eBook or paperback.

Zee Kensington discovered a passion for writing erotica in her freshman year of college, and has been crafting sweet and sexy stories ever since. Inspired by her years working and playing in San Francisco’s LGBT community, she is especially drawn to tales that explore the joys and challenges of queer identities.
An almost-native Californian and a card-carrying geek, she currently lives in the SF Bay Area with her husband and toddler. When she’s not writing or catching up on her sleep she enjoys watching films, playing video games, experimenting in her kitchen, and dreaming of the day her son is old enough to travel the world with her.

Join me on my blog tour (August 29-September 12) and enter to win an autographed book bundle of Finally Home and Two Tickets to Paradise!