Tuesday Tangent with Mickie B. Ashling

When I started writing m/m, one of the first things I noticed when reading submission dos and don’ts was NO GOLDEN SHOWERS. For those of you in the dark (and if you’re a regular viewer at Cup o’ Porn, I’m pretty sure this doesn’t include you), we’re talking urine. The golden liquid that springs forth from our male and female urethra. A lot has changed since 2009 (the year I was first published), and some publishers have actually dropped this clause, but most haven’t. I know mine has allowed me to use it off page (and I’m grateful for that concession) but many still consider it a taboo subject. 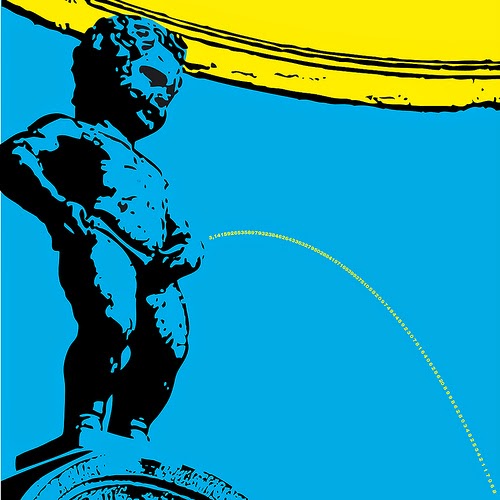 But wait, you’re thinking. Pee is gross and dirty. Perhaps I’m not squeamish about it because I’ve borne four sons and have been pissed on by accident many times. If you’ve never had a man-child, you can’t relate, but for those of you who have, was it a big deal? Did your skin sizzle and pop? Healthy urine is not toxic, according to several sources. It can be irritating to the eyes, and I can attest to that as a victim of one of my kid’s wilder shots, so try and avoid that area if possible. If a person is diseased, then it stands to reason that the state of their urine is questionable. Anyone who practices safe sex knows not to swallow or have unprotected sex with a stranger, so being peed on by a random hookup should also be avoided.

Urine is a taboo substance and therefore one possessing great power to shame, thrill, excite, and subjugate your slave. It is associated in almost everyone’s unconscious mind with those confusing days of potty training; with modesty; shyness, early sexual explorations of “down there,” vaguely or specifically sexual feelings, and sometimes with pain and fear; and with issues of pleasure versus discipline, pleasing Mama versus pleasing yourself, the social order versus the individual.
That’s a hell of a lot of freight for a simple bodily function to carry. And for males the act is even more specifically sexual; lacking our superior equipment, they must urinate with their sex organ, an overworked cylinder that also expresses their social and job status (haven’t you heard men bragging and trying to top one another in the status game they themselves call “measuring dicks”?). No wonder they enjoy water sports.

So, dear readers, how about weighing in on this? Pro or con? Would you like to see it on page in our genre rather than an allusion? I’d love to hear your thoughts. Comment on this post and get your name thrown into the hat for a free electronic copy of Daddio, book three in the Horizons series. My MCs aren’t afraid of Golden Showers; unfortunately the hot scene had to say off page. 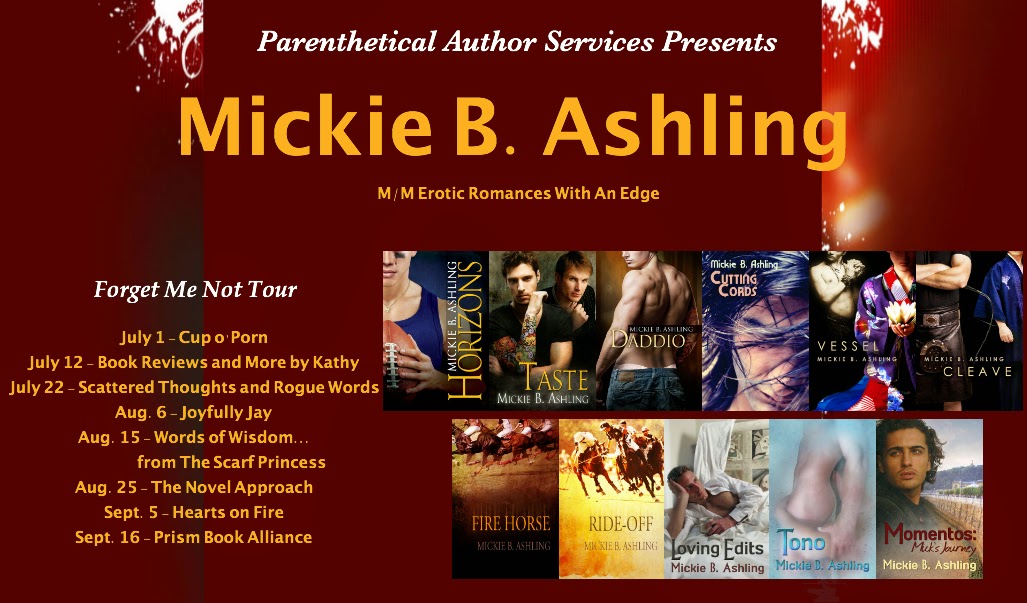 Before I say good-bye, I’d like to acknowledge the talented, and very hardworking Joleen from Parenthetical Author Services who has been working like a fiend to help me promote my work. On top of being super-efficient, she’s artistic (check out the beautiful banner she made), and a great motivator. I’m one of those authors who rarely stick their nose out of the writing cave, and the very idea of self-promotion is off-putting. Joleen makes my life a lot easier, and for anyone out there who suffers from my affliction, I’d recommend a publicist to spare you time and anxiety. It’s been a joy to have her in my corner. You can contact her here: joleen@parentheticalauthorservices.com. 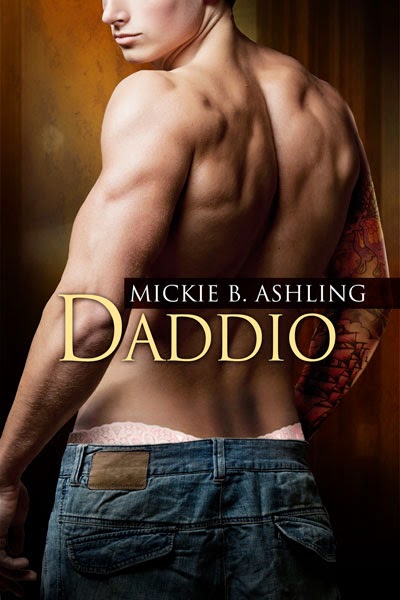 Six months after meeting at the Taste of Chicago, Lil Lampert and Grier Dilorio are living together. Their physical bond glows brighter than ever, but the couple soon realizes that it takes more than three magic words and outstanding sex to make a partnership work.

Like any fledgling, Grier is learning how to navigate his new life. His problems should have ended when Jillian signed the papers acknowledging him as Luca’s biological father and he got the opportunity to pursue a career in interior design. Instead, he’s hampered by old fears and bad habits that are hard to let go.

Adjusting to a small apartment in a four-season state—with a much younger man sporting a stubborn streak—is a challenge for Lil. His position as Luca’s “Daddio” is a delicate balancing act between doing what he thinks is right and deferring to Grier’s eight years of experience.

Life is stressed enough, but now Lil and Grier also face an unexpected complication from a powerful, far-reaching ruling body. Suddenly Luca’s safety—and their happiness as an emerging family—depends on Lil's keen understanding of human nature and Grier's willingness to learn.

Mickie B. Ashling is the alter-ego of a multifaceted woman raised by a single mother who preferred reading over other forms of entertainment. She found a kindred spirit in her oldest child and encouraged her with a steady supply of dog-eared paperbacks. Romance was the preferred genre, and historical romances topped her favorites list.

By the time Mickie discovered her own talent for writing, real life had intruded, and the business of earning a living and raising four sons took priority. With the advent of e-publishing and the inevitable emptying nest, dreams were resurrected, and the storyteller was reborn.

She stumbled into the world of men who love men in 2002 and continues to draw inspiration from their ongoing struggle to find equality and happiness in this oftentimes skewed and intolerant world. Her award-winning novels have been called "gut wrenching, daring, and thought provoking." She admits to being an angst queen and making her men work damn hard for their happy endings.

Mickie loves to travel and has lived in the Philippines, Spain, and the Middle East but currently resides in a suburb outside Chicago.