Dirty Deeds is the first in this spin-off series of Hell or High Water.  Dirty Deeds focuses on Cillian and Mal, two characters who’ve been in both Hell or High Water books 1 & 2 (Catch A Ghost and Long Time Gone.) Dirty Deeds # 1 captures a very specific moment in time for the Cillian (the spook) and Mal (the former SEAL in exile). 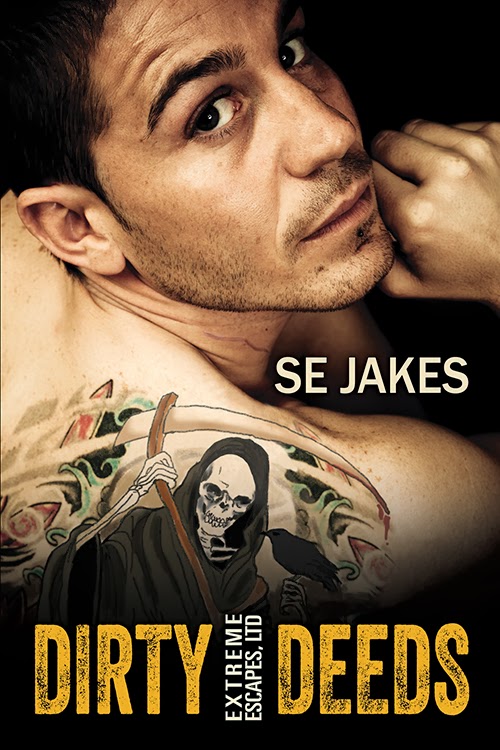 Two seasoned operatives finally meet their match: each other.

Cillian works for the mysterious Special Branch 20: an organization that runs black ops commissioned by the British government. His specialty is deep undercover assignments with virtually no support. He’s been alone for so long that he no longer knows anything else.

Mal’s also used to being alone. Wanted in several states and even more countries, he’s not allowed in the vicinity of any of his former Navy SEAL teammates. And his current assignment is to track Cillian in order to discover the spook’s endgame. Except he’s no longer sure which one of them is getting played.

Cillian isn’t about to let the mission that’s consumed him for the past several years crumble because an outsider is poking around where he doesn’t belong. But Mal forces his way through Cillian’s defenses—and into his heart—exposing a devastating betrayal that could destroy them both.

SE Jakes writes m/m romance. She believes in happy endings and fighting for what you want in both fiction and real life. She lives in New York with her family, and most days, she can be found happily writing (in bed). No really...