In addition to this opportunity for a free book, I’ll leave you with another deleted snippet. (Woe! So much is sacrificed for good story flow! Sadness!) This time, it’s not a sexy scene, but it is sweet and gives a wonderful look at the main characters.

In order to enjoy the scene, there’s no need to know much at all about the book. Rob is a rancher and Matty is a professional figure skater who, for many reasons, is entirely out of his element on a ranch. I think you can glean anything else you need to know from the scene itself. 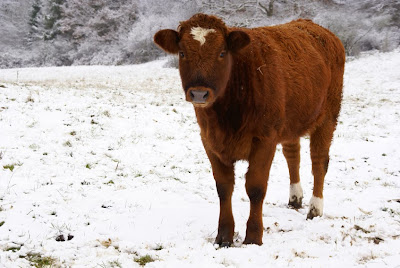 “You're cute when you're sick,” Matty said, giving Rob another spoonful of NyQuil. “Like a teddy bear on heroin.”

“I’m not a bear,” Rob murmured as he flipped his pillow over to the cooler side and settled in. “Did you call Paul? Did he come?”

Matty ran his hand through Rob's sweat-damp hair, glad that the fever had broken at least, even if Rob was still coughing and kind of gross. “Yeah. If I had a dollar for every second of the stare he gave me when he drove up, I'd have…about twelve dollars.”

“What were you wearing?” Rob asked, a small, proud smile creasing his lips.

“The blue sweater with silver threading. I thought it was pretty butch, actually.”Rob laughed softly. “You would, sweetheart. But no one else in Flathead County would agree.”

“Obviously. He said to tell you that Mama Cow is going to have the calf sooner rather than later and that I should have Dr. Morrison on speed dial just in case. Please tell me that I don't have to deliver a calf. I don't have anything appropriate to wear for that. Just so you know.”

“I’ll be well before the calf is born. I promise.”

“Swear on your soul?”

“And on the souls of my dead mother and father.”

“Considering you hated them, that's not reassuring.”

Rob laughed under his breath, turning over again with his back to Matty. “I didn't hate them. I just failed to understand them. And vice versa. Now go home.”

Matty hoped he was right. The ranch manager and his right hand man had gone to Libby for some kind of goat milk workshop, leaving the two other hands, Terry and Mike, behind. But then Terry had been struck with the same flu that Rob had, leaving just Mike to do the work. That had seemed fine—doable at least—so long as the fences held, but then Mike’s father had to be admitted to a nursing home in Idaho. So he’d asked his cousin Paul to come take over the ranch work while he headed to Idaho to deal with his father.

But fortunately Paul, a rough, burly man in his mid-forties, seemed to know what he was doing with the cattle and the goats, and he’d brought a young teenage neighbor with him. But the neighbor was just learning the ropes, and the second morning Matty overheard Paul scolding the kid about having left some cattle behind in the field. They’d had to ride it twice instead of just once—which was, according to Paul, a total pain in the ass.

If Mama Cow, the bred heifer, went into labor during the day when Paul was around, everything would be fine, Matty was sure. But if it happened at night, Matty was in trouble. Paul had set up a two-way radio between the stall and Rob’s bedroom, and Matty spent the night in the stuffed chair in Rob’s room anxiously listening to the mysterious sounds of the barn.

Rob promised to be well before the calf was born, and Matty chose to believe him. But two nights later, wearing Rob’s too-big overalls, Matty was covered in blood, afterbirth, and some kind of cow juice he didn't even want to think about as he helped old Dr. Morrison pull the calf from its mother.

“This miracle of life stuff is disgusting,” Matty noted. The calf wobbled and stood up, looking for its mother's tit. Damn it, it was really charming. “Aw, look. So cute.”

“Gonna name him?” Dr. Morrison asked, pushing his glasses up on his nose.

“Since you delivered him, I’d guess you get to do the honors.”

“He’ll be quite a bull when he grows up,” Dr. Morrison said. “That's what Rob has planned for him, you know. No castration or slaughter house for this little guy. So, whatever you name him, make it something strong. You don't want anything girly for this one.”

Matty smirked as he watched the calf nudge his mother, blinking sweetly in his direction. There was something about the earnest expression and big eyes that reminded him of his on-ice nemesis, Alex Hampton, attempting to look modest while wearing a big shiny gold medal. The calf began to bleat, looking for his mama's nipple to suck. “He looks like an Alex to me.”

"No, just Alex. A good name for the father of future handbags.”

Rob sat up in bed and laughed when Matty told him sometime after sunrise.

“And that’s when Dr. Morrison asked me if I wanted to smoke up with him. Can you believe it? First off I didn’t see that coming, and second—I'm an elite athlete! If I test positive because of second-hand pot smoke, I'm going to sue you both!”

“Come on, you know you were out of there before he even lit the joint.”

Matty shrugged. “True. But poor little Alex started his life out high as a kite.” Matty paused. “I wonder if that happened to the real Alex. That would explain a lot.”

“Mmm,” Rob murmured, stretching and settling back down. “You’ve certainly been productive. My goal is to get a shower today. I know I reek.”

Matty curled up beside Rob on the bed. “You do. And yet I kind of like it, which I fully admit is gross.” He yawned. “I'm tired. I better not be getting sick.”

“Just rest. You deserve it.”

Matty closed his eyes, his fingers resting lightly on Rob's forearm. He dreamed of the calf and woke up sweating when it grew wings and flew.

Okay, as it turns out, I can’t just leave the snippet and say nothing about it! There’s actually a cute story about this scene that relates back to Wednesday’s post about editing and the sacrifices we make.

I wrote this scene before I knew how unusual it is to breed a cow with a delivery date that lands in the middle of winter—at least in northwestern Montana, anyway. Of course, it makes sense when you think about it. Obviously such a bitterly cold winter would be a very difficult start to life. But my research told me it does sometimes accidentally happen. So, during my first pass of strong revisions, to keep this scene in the book, I had to go in and insert a conversation in another scene of Rob talking about buying a bred heifer (a cow expecting a her first calf) from a wanna-be local rancher who didn’t know what he was doing.

Hilariously, when the editor went through the manuscript, it became clear that while was scene was charming, it dragged the book down in terms of pacing. It needed to be cut. So in the end, I’d made that addition for nothing. Even more amusing, the bred-heifer conversation stayed in the book but the birth of the calf was deleted! Heh. Isn’t that just how editing goes?

Happy Free-For-All Friday, y’all. Leave a comment below for a free copy of Training Season! I’ll be giving away two! 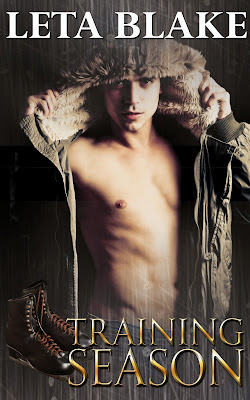 Unquestionably talented figure skater Matty Marcus is willing to sacrifice everything for his Olympic dream, but his lack of discipline cost him the gold once before. Now the pressure’s on. He needs a coach who can keep him in line, but top coaches don't come cheap, and Matty can't afford to stay in the game no matter how badly he wants to win.


When a lucrative house-sitting gig brings him to rural Montana, Matty does his best to maintain his training regimen. Local residents turn out to be surprisingly tolerant of his flamboyant style, especially handsome young rancher Rob Lovely, who proves to be much more than a cowboy stereotype. Just as Matty requires a firm hand to perform his best on the ice, Rob shows him how strong he can be when he relinquishes control in the bedroom. With new-found self-assurance, he drives himself harder to go straight to the top.

But competition has a timetable, and to achieve his Olympic dream, Matty will have to join his new coach in New York City, leaving Rob behind. Now he must face the ultimate test. Has he truly learned how to win—on and off the ice—during his training season?


Where You Can Find Leta Blake: