Thank you for having me back, gals! I always love visiting Cup O’ Porn—so much pretty here!

I’d also like to thank Dreamspinner, both for arranging this guest spot and for continuing to make my publishing dreams come true.

I’ve had a lot of dreams in my life (I’m old J), but have always come back to writing. For a while, though, I wanted to own property in the country that would be large enough to live on and also have a B&B. It sounded like a fun way to have my cake and eat it too—live out in the middle of nowhere and still afford to eat on a regular basis. But that turned out to be one of the dreams that fizzled in favor of other, shinier pursuits.

One weekend may or may not have had something to do with that fizzle. A long time ago I knew a gal who ran a little B&B outside a tiny town hidden in the woods, about an hour northwest of Portland, Oregon. She lived in a gorgeous but remote area and needed a way to supplement her retirement income. A surprising amount of guests made the drive to stay with her—especially for such an out-of-the-way spot. One weekend she had a health emergency a few days before a group of guests were due, so she asked me to run it for her.

That was an eye-opening experience! Even for one weekend with a few guests, it was a lot of work.

During the first round of my self-edits of Buchanan House, before I even let betas read it, I realized I had included a lot of that work—a lot! Along with a whole bunch of other things Romance readers probably wouldn’t care about, like taking down all the spider webs, and things the guys bought to have on hand for guests (like binoculars and picnic baskets) and their basically uneventful shopping trips to get them. These scenes helped me get a feel for how I wanted to use Lincoln City and the camp as settings in the story, and helped me get to know the guys, but didn’t do much to move the story forward. So, they’re now on my version of the cutting room floor. You’re welcome. ;)

The weekend I played hostess with the mostest to my friend’s B&B guests, I made sure they didn’t see 99% of the work I did that weekend. It’s the same with writing. Readers don’t need to wade through the chapters where I’m exploring the things Eric and Nathan had to do to prepare for opening weekend and negotiating their new relationship as business partners—unless something interesting happens. I hope you enjoy what I left in, like the scene below, which is all the page-time the poor spiders ended up with.

But first, I want to tell you about the giveaway!
Comment on this blog post and tell me about a dream you had that turned out differently than you’d expected—maybe you decided it wasn’t for you or maybe you achieved it in a way you didn’t see coming… like writing a few thousand words about it instead of actually doing it. 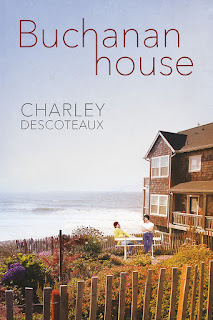 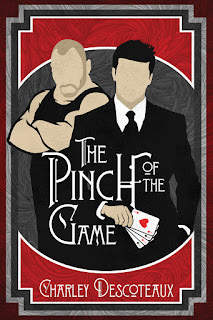 A random commenter will win a copy of either of my new releases—Buchanan House, or my paranormal that came out in June, The Pinch of the Game. If the winner already has both, they can choose something from my backlist. 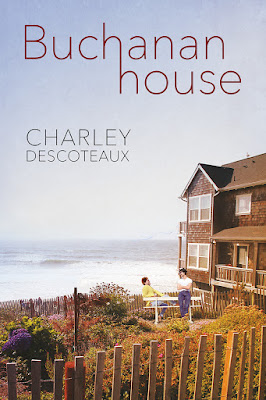 Eric Allen, thirty-three-year-old line cook, moved in with his grandmother, Jewell, after a disastrous coming-out when he was in middle school. She raised him, and he cared for her when she fell ill. When Jewell died she left everything to Eric—angering his parents and older brother. The inheritance isn’t much, but Eric and his bestie Nathan pool their money and buy an abandoned hotel on an isolated stretch of the Central Oregon Coast. The hotel isn't far from Lincoln City—a town with its own Pride Festival and named for a president—so they christen it Buchanan House after James Buchanan, the “confirmed bachelor” president with the close male friend.

Eric and Nathan need a handyman to help them turn Buchanan House into the gay resort of their dreams. Eric finds Tim Tate in the local listings and over the months leading to opening weekend Tim reveals himself as a skilled carpenter with many hidden talents. Eric falls hard for Tim, but before he can see a future with the gorgeous handyman he has to get over twenty years of being bullied and shamed by his birth family. It would be much easier if Eric’s brother Zach weren’t trying to grab part of the inheritance or ruin opening weekend.

Nathan swept into the building like he owned it, which was the way he walked into every room, and Eric followed.

Eric looked up, and when he didn’t see any giant spiders or broken boards, he moved farther into the great room. “The spider motel?” It sure had its share of regular-sized spiders, by the looks of things. Elaborate webs hung from every corner and between the posts of the banister going up to the second floor.

“Okay, sorry. Isn’t it adorable?” Nathan quickly changed the subject, like he always did when he slipped up and used Eric’s childhood nickname. His father and uncles had called him Rick the Chick after he came out, and that killed any love Eric had ever had for the diminutive Ricky.

Nathan flitted around the room, talking about check-in desks and conversation pits and space for an art gallery. Eric found himself warming to the idea, and when he realized that, he stomped his foot, angry at himself.

“Just checking how sturdy the floorboards are.” Eric could feel his cheeks and ears flaming.

Pre-order Buchanan House and download it on release day, August 19 from Dreamspinner Press

Rattle Charley’s cages—she’d love to hear from you!