Today, we invite you to meet T. Neilson.  T enjoys writing contemporary M/M romance, and likes a good daydream in bed now and again. Hopefully you will too. 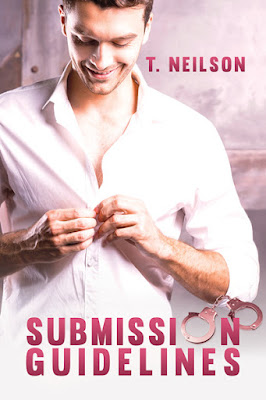 Cole Doren is starting over. He's moved, started working as a food writer again, and is crushing hard on his new neighbor, Daniel Mazurek, who is a genuinely nice guy and as hot as a supernova.

Too bad for Cole, Daniel's not what he seems. 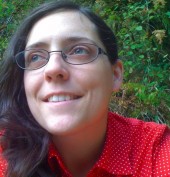 T grew up in the Rocky Mountains and moved out west to go to university, and there she stayed. She has now lived and worked on Vancouver Island for fifteen years and, by some definitions, is even considered a local now.

She still misses sparkling, snowy winters of the mountains, but living in a temperate rainforest has its perks. In the summer you can find her either camping or hiking. If she's not out there, try looking at the beach. She might be out there, listening to audiobooks, scouring the shore for beach glass, and trying to fill her year's quota of vitamin D by acting like a lizard whenever the sun comes out.

In the rainy season, (substantially longer than the sunny season) she writes, reads, drinks far too much coffee, bakes and cooks, and works hard to maintain an addiction to pop culture, social media, and cartoons. If you're looking for her, she's probably on the couch, under the big blanket, nursing a cup of tea or a glass of wine, and reading something juicy.