Best Man for the Job

Hi, I’m JL Merrow, and I’m delighted to be here today as part of the Caught! blog tour. 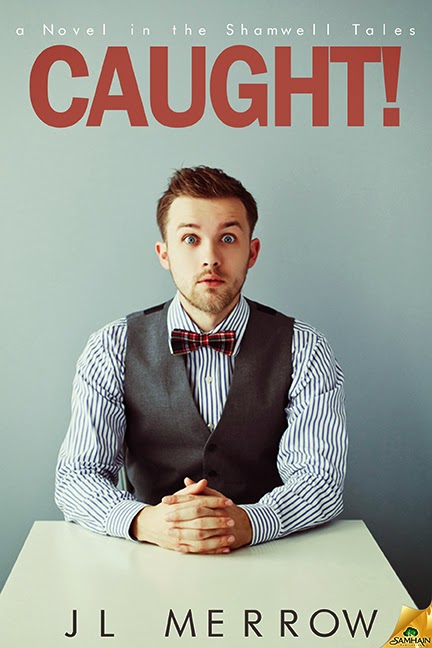 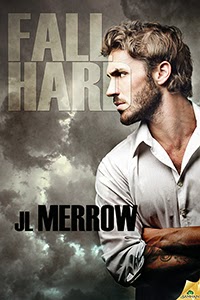 Some memories are better off lost in the mist… Fall Hard

“Those who can, do; those who can't, teach.” – Unknown origin, and hotly denied by teachers everywhere!

Now, I don’t know what it’s like in other countries, but here in Britain, primary schoolteachers tend to be almost exclusively female. Whether it’s the kudos of teaching more specialized subjects to A Level, or a simple disinclination to wipe snotty noses and deal with little accidents, men who go into the teaching profession tend to gravitate towards secondary schools. 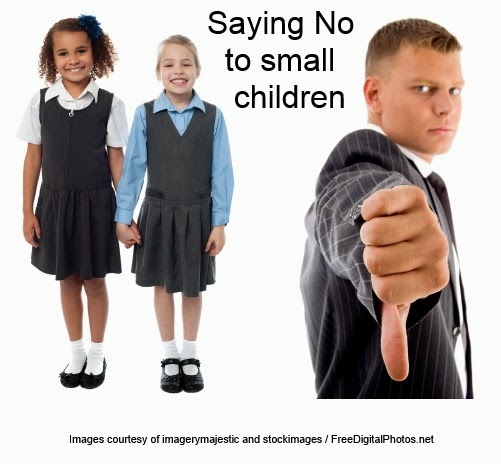 Those men that do choose to work in primary education tend, in my admittedly limited experience, to have a certain manner about them. They tend to be more patient than the average man, to speak more softly—except when a loud voice is required, when they can deliver in spades—and to have an air of kindness and approachability.

Or, as a member of my local writers’ group put it, when a discussion had been sparked as to whether Robert was acting in a way that was sufficiently masculine: “Men who work in primary schools? They are literally honorary women.”

Now, I’m not sure I’d totally agree with that. The increasing number of stay-at-home dads in recent years shows that caring for and nurturing young children isn’t something only women are good at. Far from being interchangeable with their female colleagues, I think male primary teachers have a great deal to offer. Not least of which is being a positive, caring role model to young boys.

And, of course, as Robert finds out in Caught!, they can be pretty handy for putting ornaments on the top of Christmas trees!

Question: Did you or your children have a favourite teacher, male or female? What did you particularly appreciate about them?

JL Merrow is that rare beast, an English person who refuses to drink tea.  She writes across genres, with a preference for contemporary gay romance, and is frequently accused of humour. Her novel Slam! won the 2013 Rainbow Award for Best LGBT Romantic Comedy.

She is a member of the UK GLBTQ Fiction Meet organising team. 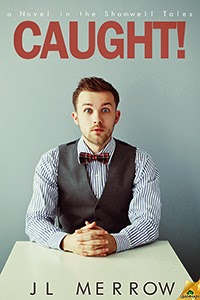 You can run from the past…but the past runs faster
Shamwell Tales, Book 1

Behind Robert’s cheerfully eccentric exterior lies a young heart battered and bruised by his past. He’s taken a job teaching in a village primary school to make a fresh start, and love isn’t part of his plans. But he’s knocked for six—literally—by a chance encounter with the uncle of two of his pupils.

Sean works in pest control, rides a motorbike, and lives on a council estate. On the face of it, he shouldn’t have anything in common with Robert’s bow-tie, classic-car style and posh family background. Yet Robert is helpless to resist Sean’s roguish grin, and a rocky, excruciatingly embarrassing start doesn’t keep the sparks between them from flaring.

Despite Robert’s increasingly ludicrous attempts to keep his past where it belongs, his past hasn’t read the memo. And soon his secrets could be the very things that drive Sean away for good…

Warning: contains the alarming misadventures of a pest control technician, a stepsister with a truly unfortunate name, and a young man who may have more bow ties than sense.