What's Your Poison?
Hi, I'm JL Merrow, and I'm delighted to be here today as part of the Relief Valve Blog Tour.
When I ask, what’s your poison? I’m not offering you a drink, despite it being Whine & Wine Wednesday (sorry about that!)  No, today I’m talking about toxins, babbling about banes, and getting all verbose about venoms. 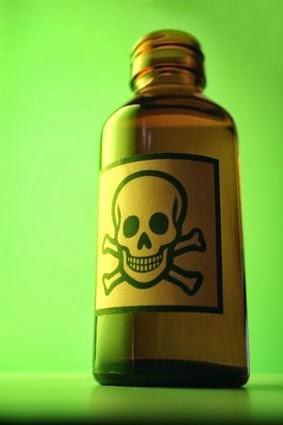 There are undeniable advantages to making poison your murder weapon of choice. (Disclaimer: the author does not condone murder in any way, shape or form. No, not even of the really deserving, like people who insist on talking to you when you’re trying to read.) Bludgeoning, shooting and stabbing have their attractions, it’s true, but they all involve relatively close contact with the victim, not to mention that bloodstains never really wash out, do they?
Poison, on the other hand, often involves the minimum of inconvenience and mess. Is your aged (and well-heeled, obviously) auntie stubbornly refusing to pop her orthopedic clogs and leave you all her loot? Simply administer the toxin, say in a nice glass of sherry, and stand well clear. (If you have administered a toxin such as xylene, which causes projectile vomiting, it’s probably best to stand very well clear.)
The would-be poisoner is spoilt for choice—in fact, considering the immense variety of toxic substances in our environment, it’s a wonder any of us ever reach adulthood. A simple walk in the countryside (depending on season) should provide you with foxgloves, deadly nightshade, toadstools, mistletoe—or you could simply pop along to your parish church. Yew, with its poisonous red berries, is often found in graveyards, presumably to streamline the process of ushering the faithful from life to death.
And we haven’t even considered heavy metals, pesticides, or pharmaceuticals. Truly, the poisoner’s cup runneth over (you might want to be careful mopping up any spills).
History tells us of many famous poisoners: the Borgias (arsenic); Catherine de Medici (also arsenic), Dr Crippen (scopolamine), and Mary Ann Cotton (arsenic again; was there a special offer on the stuff?). St Albans, where Tom Paretski and Phil Morrison of Pressure Head and Relief Valve live, even produced its own famous poisoner in the 1960s, Graham Young (thallium). And these, of course, were just the ones who got caught… 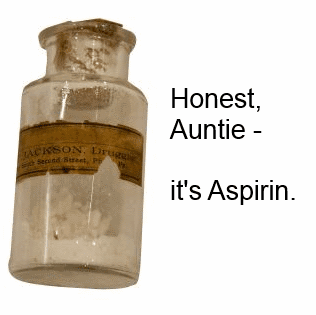 So why isn’t everyone at it? Well, for one thing, dangerous substances are a lot more tightly controlled than they used to be. Gone are the days when you could wander into a local chemist’s shop and leave with half a pound of arsenic “for the rats” and no one the wiser. For another, methods of detection have advanced significantly. A death that might, in Victorian times, have been ascribed to gastric fever is much more likely now to be discovered as an instance of poisoning. And once the death is known to be murder, the whole rigmarole of investigation will begin—and with modern scientific methods of gathering evidence, the chance is high that a conviction will result.
Auntie’s inheritance isn’t looking so attractive now, is it?
***** 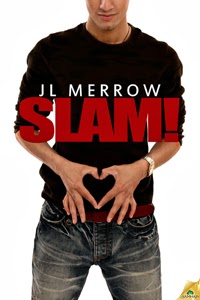 Question: What’s your favourite murder method? (Fictional please; all confessions to actual murder will be passed on to the proper authorities!) 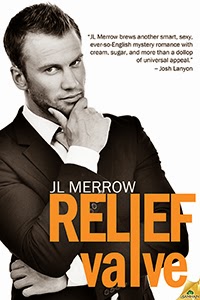 If you dig up the past, be prepared to get dirty
It hasn’t been all smooth sailing since plumber Tom Paretski and P.I. Phil Morrison became connected at the heart, if not always at Tom’s dodgy hip. Neither of their families has been shy about voicing their disapproval, which hasn’t helped Tom’s uneasy relationship with his prickly older sister, Cherry.
But when Cherry is poisoned at her own engagement party, the horror of her near death has Tom’s head spinning with possible culprits. Is it her fiancé Gregory, a cathedral canon with an unfortunate manner and an alarming taste for taxidermy? Someone from her old writers’ circle, which she left after a row? Or could the attack be connected to her work as a barrister?
Phil is just as desperate to solve the case before someone ends up dead—and he fears it could be Tom. At least one of their suspects has a dark secret to hide, which makes Tom’s sixth sense for finding things like a target painted on his back…
Warning: Contains a strong, silent, macho PI; a cheeky, chirpy, cat-owning plumber; and a gag gift from beyond the grave that’ll put the cat firmly among the pigeons.

JL Merrow is that rare beast, an English person who refuses to drink tea.  She writes across genres, with a preference for contemporary gay romance, and is frequently accused of humour. Her novel Slam! won the 2013 Rainbow Award for Best LGBT Romantic Comedy.
She is a member of the UK GLBTQ Fiction Meet organising team.
Find JL Merrow online at: www.jlmerrow.com, on Twitter as @jlmerrow, and on Facebook at http://www.facebook.com/jl.merrow