Recently, I’ve discovered a fascination with pole dancing. Not just any sort of pole dancing but the sort performed by men.

One of my future releases, Waiting for Rain, has this element running through the book as one of the MC's, Rain, fancies himself as a performer and loves to dance. He's also 'nominated' by his boyfriend, Toby, to perform in a charity function to raise money for a young girl who needs an operation.

So, of course, as a diligent and committed writer, I had to research male pole dancing. And boy oh boy, did I get sucked into a world of male beauty, elegance, masculinity, drive and commitment to the art. These men are incredible - some of their movements should be illegal. The more I watched videos of these men doing incredible things with their bodies and in some cases defying gravity, the more my respect for them grew as they a) did something that in the past only women did and b) saw the levels of training and dedication it took to make them as good as they are.

I have a thing for Russia and in particular Russian men. My family knows this, it's been something that given me a buzz all my life. I even have my own Russian alter ego. Her name is Natasha Angostura Bitterevski and I even have a canvas painting in my bathroom that she did. NAB are the painter's initials. It's nothing fancy, just a little something I slapped together to fill a space on a bare wall. I also do a pretty good Russian accent, (so I'm told).  So when I found world champion Evgeny Greshilov, pole dancer extraordinaire, obviously, I was over the moon. He's muscular, masculine and so amazingly graceful and acrobatic that I swoon every time he moves or takes his shirt off. And I don't want to objectify these men as just being eye candy. While they most definitely are, and I'm no hypocrite in admitting this, the sheer genius of their art, the depth to their performances, the structure of their routines and their grit that they must put into their training to do what they do, is inspiring.

I got so sucked in by all this that I even started my own Facebook group in appreciation and there we ladies - and men! Make no mistake, we have a lot of chaps in the group who appreciate this as well - can do a lot of fan girling, express our love in sometimes raunchy comments, but overall, give these guys the attention the deserve. Of course, a lot of them are world famous and adoration follows them anywhere they go but I'm always of the opinion a little bit more can do no harm and is a boost to the ego. I have a fantastic partner in this endeavour in the persona of Shanella McBeth, who is a phenomenal Master (Mistress?) of Ceremonies and keeps every entertained and the posts fresh.

I'm fortunate enough that for my book trailer for Waiting for Rain, I have the loveliest man actually willing to perform pole dancing to the song that Rain performs to in the book, a tune called Small Town Witch by Sneaker Pimps. This young and extremely talented man, called Andre Corey, in New Zealand, is willing to give up his time, go to a studio and choreograph the dance just for me. I'm still in awe of the kindness of this gesture.


So having become a pole dance groupie, I've now garnered a huge respect for these men and an appreciation of their talent.

They're also a helluva lot of fun to talk to, and, I have to say again how small the world really is. Nowadays no one is more than message, a PM, a DM or an email away and friendships are forged in the virtual world that may sound fickle, because the two people never meet, yet in fact are some of the strongest I've ever had. 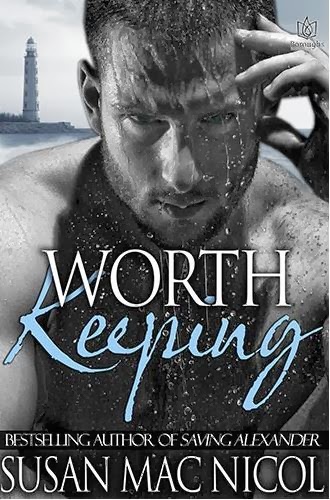 Nick Mathers pulls Owen Butler from the freezing waters off the Norfolk coast, but Owen’s love can carry Nick back from the edge of oblivion.

Abused horrifically as a boy, Nick Mathers has come to terms with his existence as a man. Mostly. Other days life seems a little much. Especially when Nick knows he’ll always be alone.

On those days his thoughts turn black. He walks the Norfolk coast and considers the frigid embrace of the waves. And then, one stormy night, he finds someone who’s tasted just that. The beautiful stranger on the beach is near death, and Nick rushes him home to slowly nurse back to health. As he does, he finds a love unlike any other. Owen Butler’s body is as warm as the sea was cold, his heart as big as an ocean. And Owen is a man who swears to repay the favor. Nick can yet be saved from himself, and he will see that he is indeed a man…

Tour Giveaway: Susan and her publisher, Boroughs Publishing Group, will be awarding a copy of Stripped Bare and a copy of Saving Alexander to a randomly drawn commenter during the tour. 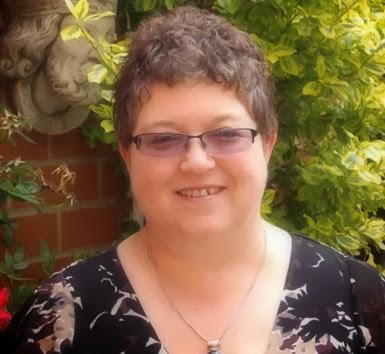 Susan Mac Nicol was born in Leeds, UK, and left for South Africa when she was eight. She returned to the UK thirty years later and now lives in Essex. Her debut novel Cassandra by Starlight, the first in a trilogy, was published last year by Boroughs Publishing Group in the US. Sue’s latest story, Worth Keeping is her third m/m romance.

Sue has written since she was very young, and never thought she would see herself being a Romance writer, being a horror/psychological thriller reader all her life. But the Romance genre is now something very close to her heart and she intends continuing the trend.

Sue is a member of the Romance Writers of America and the Romantic Novelists Association here in the UK.

Susan Mac Nicol is also author of The Magick of Christmas, Confounding Cupid, Cassandra by Starlight , Together in Starlight, Stripped Bare and Saving Alexander.