Do you like DVD extras?  Yeah?  So do I.  In fact, it's entirely possible I've watched the appendices on Lord of the Rings extended editions more times than I have the movies themselves.

So, for the Strain blog tour, I’m going to try to make my posts a bit like the “behind-the-scenes/making-of” documentaries you might find on a good DVD. A lot of things the world-building and events that Strain depends on happen long before the events of the book itself, and while an in-depth recap of them during the course of Strain got in the way of the flow of the story, I find some of the back-story fascinating and hope you will as well.

Be sure to check the blog tour page at Riptide to see when each of these posts is scheduled.


Commenters at each stop along the way will be entered into a drawing for the chance to win one of three ebook copies of Impulse: The Complete Trilogy, the all-in-one edition of my novel-in-three parts. Please include your contact information, either email, Twitter, or Facebook. The Contest will be open until February 28th, with the winner being announced March 1—just in time for the release of Every Inch of the Way/To the Very Last Inch (The Professor’s Rule #4 and #5), the final two installments of my series with Heidi Belleau. So stay tuned for that as well! 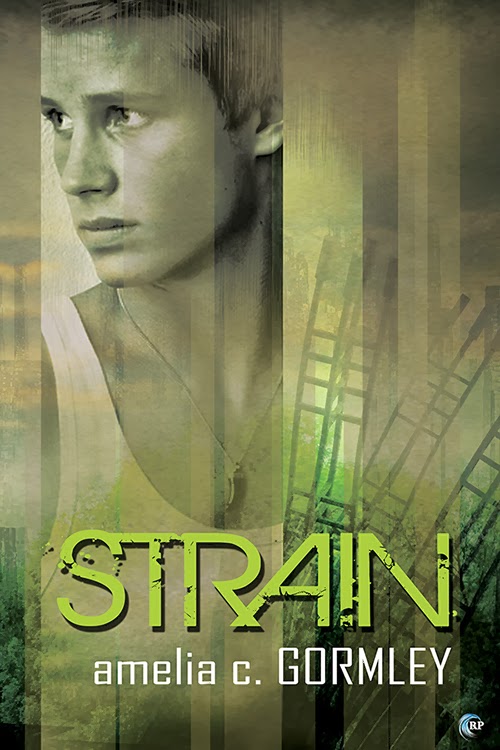 In a world with little hope and no rules, the only thing they have to lose is themselves.

Rhys Cooper is a dead man. Cut off from the world since childhood, he’s finally exposed to the lethal virus that wiped out most of the human race. Now his only hope for survival is infection by another strain that might provide immunity. But it’s sexually transmitted, and the degradation he feels at submitting to the entire squad of soldiers that rescued him eclipses any potential for pleasure—except with Darius, the squadron’s respected, capable leader.

Sergeant Darius Murrell has seen too much death and too little humanity. He’s spent a decade putting plague victims out of their misery and escorting survivors to a safe haven he can never enjoy. He’d rather help Rhys live than put him down, so when Rhys can’t reconcile himself to doing what’s necessary to survive, Darius is forced to save Rhys in spite of himself.

But with each passing day, it looks less and less likely that Rhys can be saved. And that means that Darius might soon have to put a bullet in the head of the one person in years who reminds him of what it means to be human.

Available in eBook and paperback at Riptide and other retailers.

Email ThisBlogThis!Share to TwitterShare to FacebookShare to Pinterest
Labels: Spotlight