Tuesday Tangent with Hayley B. James


Thank you for hosting my tour! Today I want to talk about love and friendships, and how the love shared by friends can be just as special as the affection between lovers.

In Polyester Prince, Kyle’s best friend is a large part of his life, and he struggles with the fear of losing their close bond. Neal and Kyle met in high school and formed a friendship that lasted through the normal changes a person sees from their teenage, early twenties, and adult years.

But then Neal’s plans for his life shift to include a committed partner and children, and Kyle doesn’t see himself in Neal’s picture of his future. Despite his insecurities, Kyle wants his friend to reach his goals. Kyle helps Neal even when he’s feeling pretty terrible about his own life. And Neal understands Kyle’s moods without verbal cues and acts on it without drawing attention to the reason behind Kyle’s frustration. He knows Kyle and understands how to cheer him up.

I think it’s true that if you truly love someone, you want to see them happy no matter what. Even if their happiness will no longer include you, you still prefer their happiness above your desire to keep them close. Kyle loves Neal and will fight for his friend’s happiness. I believe love found in certain friendships is just as strong and important as any other type of love. When a friend becomes family, it is love.

To me, friendship is just as important as family and can often be the same. I love my family just as much as my friends, and some of my friends I see as my extended family.

In Polyester Prince, Kyle’s friendship with Neal is a second plotline, but it’s just as important to Kyle’s story as his romance with Isaac. Kyle really shouldn’t worry about Neal forgetting him after starting a family of his own, but love is rarely rational – even love between friends.

Do you have a friend you know better than yourself?

“But I also heard you have a new beau!” Zoey clapped her hands. “Uncle Neal wouldn’t let me ask you about him until the customers left. So tell me everything.”

Neal sighed. “I told you not to ask until you’re off the clock.”

“That’s practically the same thing.” Zoey waved her hand, dismissing Neal’s remark. “Spill it, Kyle. Is this beau like Benji? He’s a cop too, right?”

“He is the very opposite of Benji.” Kyle gave Neal an apologetic smile. “Isaac isn’t in the closet.”

“Neither is Benji.” Neal stood and added, “Not anymore, at least.”

“He’s not ugly.” Kyle laughed at Zoey rolling her eyes. She clearly didn’t approve of his brush-off response. “He’s cute. He has muscles in all the right places. Oh, and his kiss could melt the polar ice caps.”

“I’d rather keep Benji’s powers a secret.” Neal said from behind the counter.

“Lame.” Zoey huffed. “So, like, when are you going to introduce me to this guy, Kyle?”

“Never.” Kyle closed his sketchbook. “You’ll steal him away from me with your charm and good looks.”

“If he’s gay, I doubt he would care about my perfection.” Zoey tossed her ponytail over her shoulder. “You’re just lucky I wasn’t born with a penis.”

“What? Can I not say the word penis? Am I too young to use the scientific term for the male reproductive organ?”

“I think Neal is just squeamish about his pseudo niece growing up.” Kyle patted Zoey’s hand and crawled out of the booth. “Am I right, Neal?”

“Yes. You should have stayed eight years old forever.”

Zoey wrinkled her nose. “How boring.”

“I’m going shopping for ingredients. How many people are you inviting to your birthday party, Zoey?”

“Wait until I can leave, Kyle.” Neal interrupted Zoey’s response. “I’ll go with you. I’m not going to let you buy everything for it this year too. Last year it was your present to her, but I think you spent more money than anyone else.”

“I also asked everyone not to buy me presents this year,” Zoey added. “Donate the money to a charity and give me the receipt. It’s a challenge too. The friend who donates the most will win my affection for a year.”

"You are the oddest child,” Kyle whispered, pinching her cheek. Zoey squealed and leaned out of Kyle’s reach.

“So let me take care of the cake expenses,” Neal continued. “You’re using your time to bake and decorate it. That’s more than enough.”

Kyle faced Neal and smiled. He wanted the financial assistance but couldn’t bring himself to accept it. “Don’t feel sorry for me because I’m out of a job. I promised I would do the cake, so I’ll do the cake.”

“I don’t feel sorry for you. I know you can find a new job whenever you want. But Zoey’s parents and I are putting together the party, and we’re paying for it. End of story. If you don’t let me buy, you’ll find money stashed away in your underwear drawer.”

“Fine. I don’t want you touching my underwear drawer.” Kyle gathered his stuff. “I’m going to go home and pine over polyester prince not texting me. You come pick me up when you’re ready to go shopping. I appreciate you footing the bill, coffee bean.” 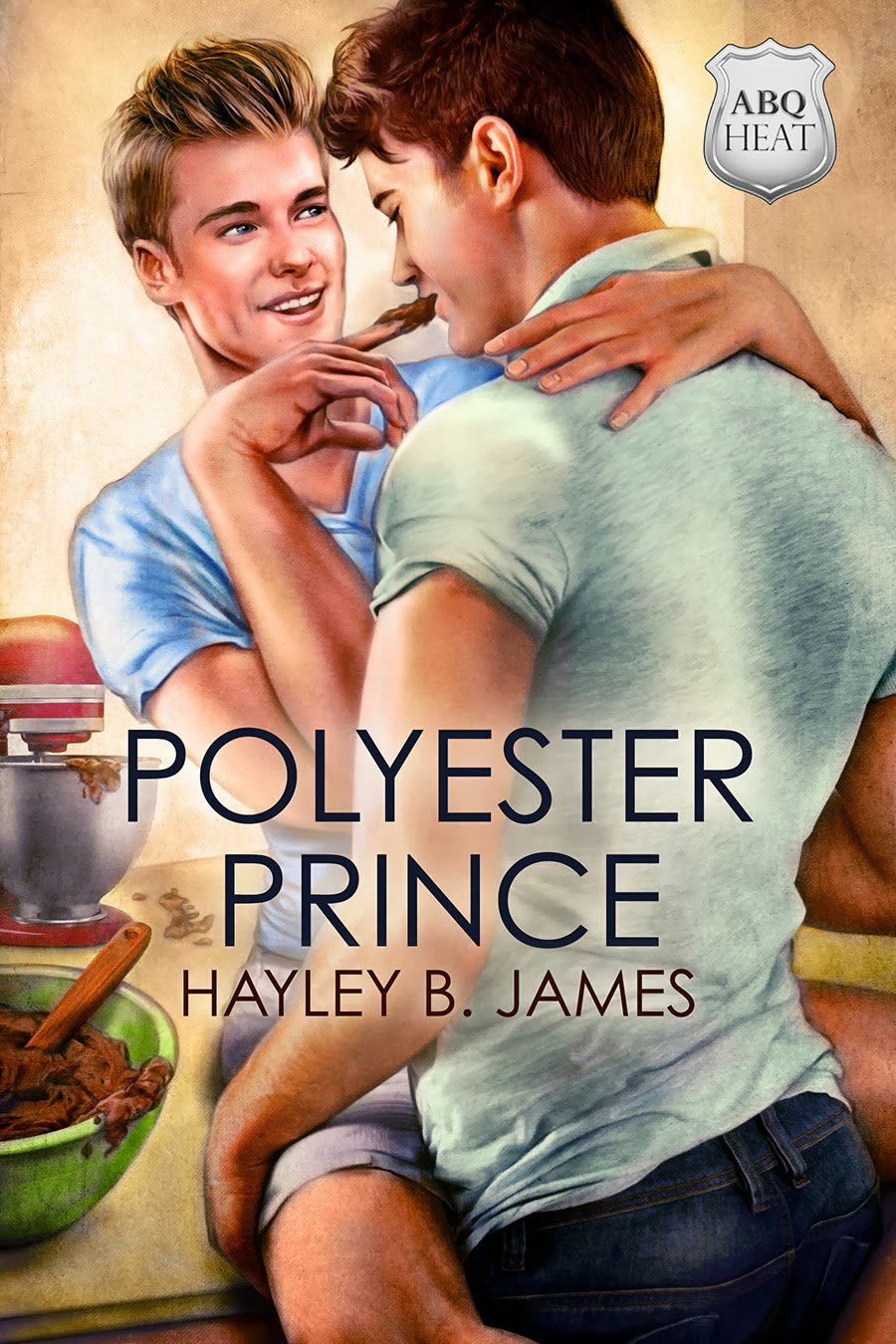 Kyle Edington built his life around clubs, alcohol, nameless sex, and turning a blind eye to his future, but having front row access to his best friend’s perfect relationship leaves him wanting something he doesn’t understand—the white picket fence. After an ankle injury hinders his plans for PrideFest and puts his day job selling furniture at risk, Kyle attends Pride anyway to cheer himself up. Leaving his crutches at home was a mistake, though, and he’s shoved off balance and hits his head.A bike officer keeps him safe until the paramedics arrive. Kyle’s memory of the event is foggy. He doesn’t recall the name or face of his guardian angel, but he definitely remembers the finest polyester-covered ass in all of Albuquerque.But when he goes in search of his polyester prince, Kyle realizes relationships take hard work. After he learns the name of that perfect ass, a lifetime of avoiding serious boyfriends leaves Kyle second-guessing himself and making difficult decisions about what he wants for his future.

Available from:    Dreamspinner Press    and   Amazon


Visit my website and like my Facebook page for updates! I'll also be chatting with readers on the Dreamspinner PressFacebook page on January 26 (11am mountain time):